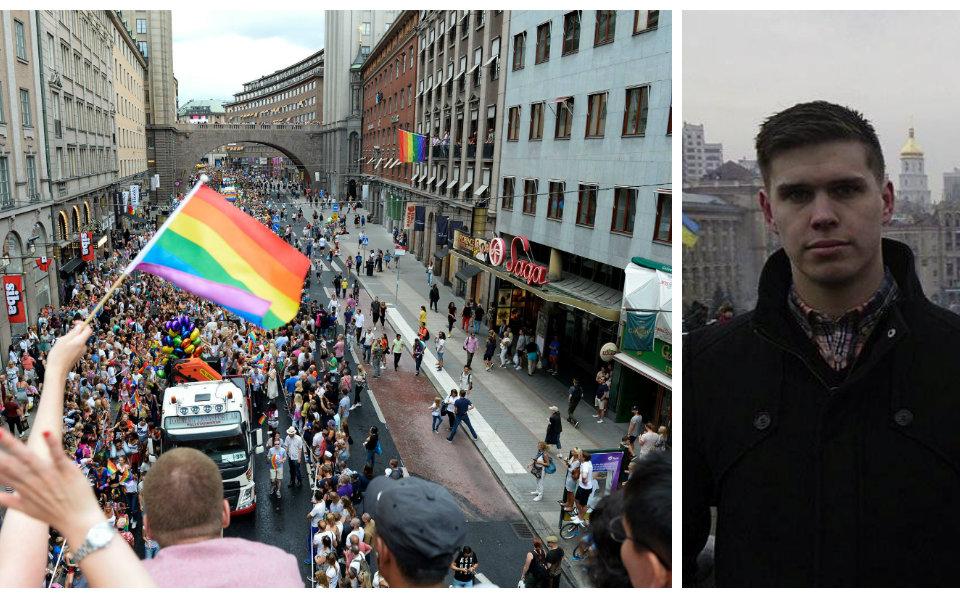 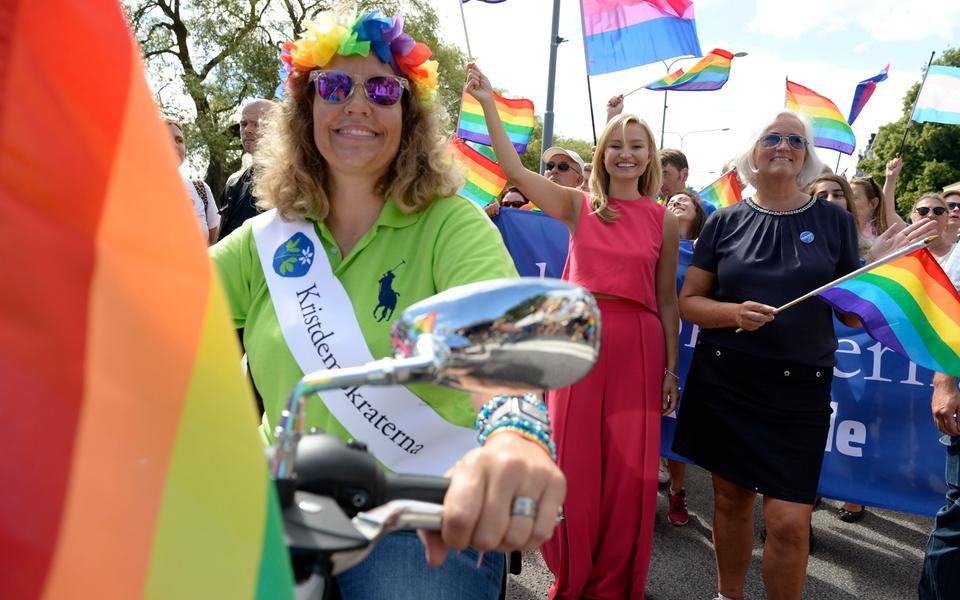 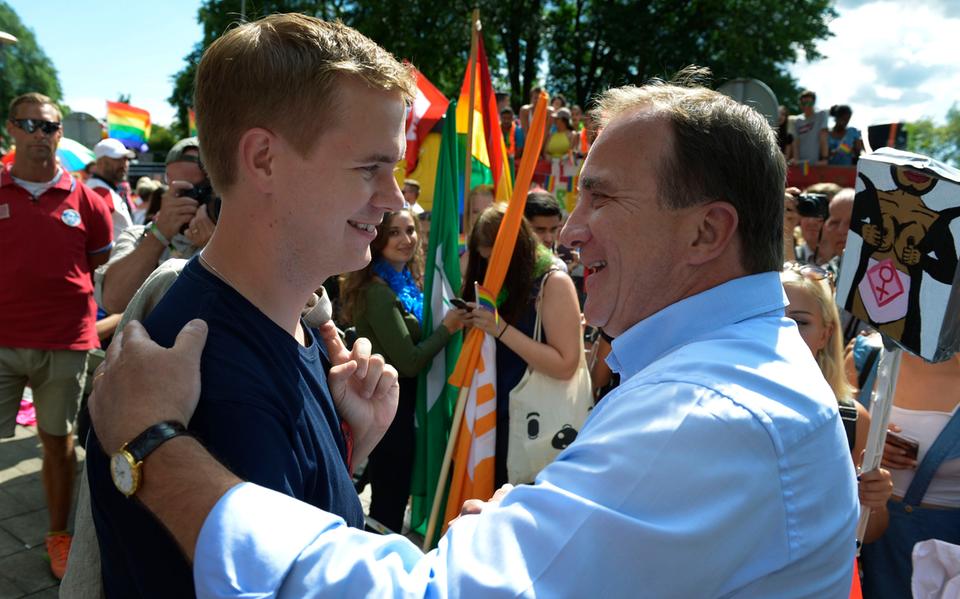 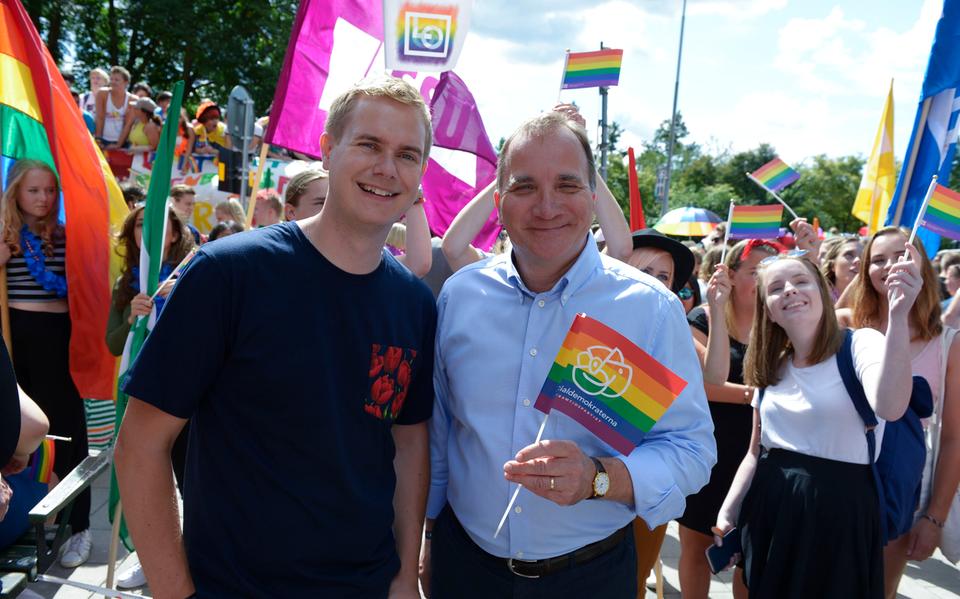 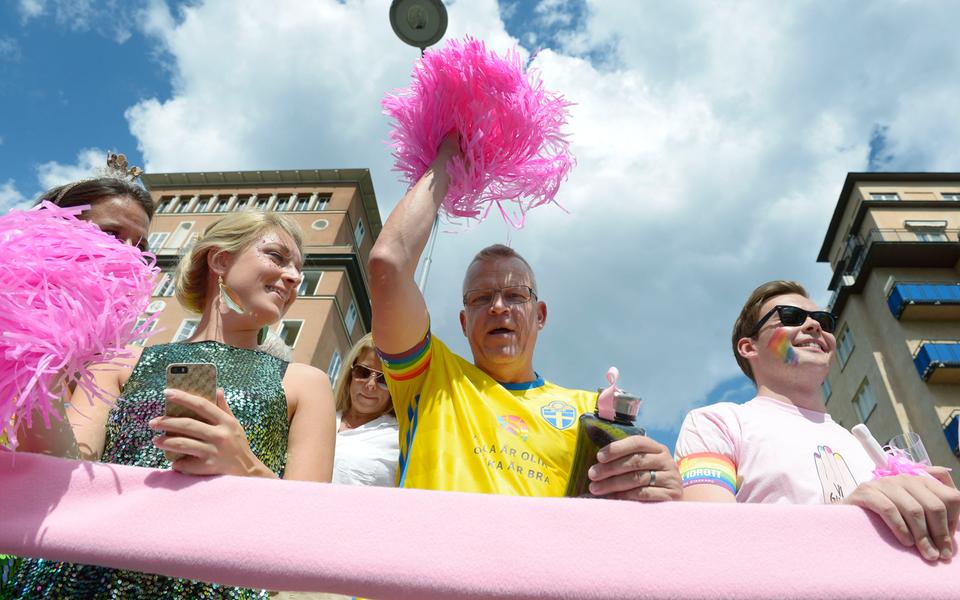 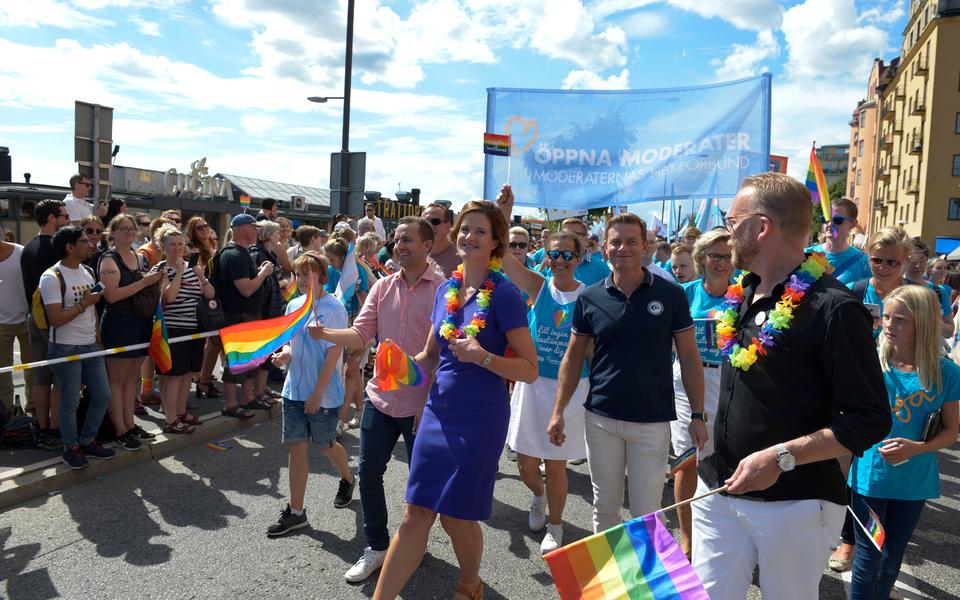 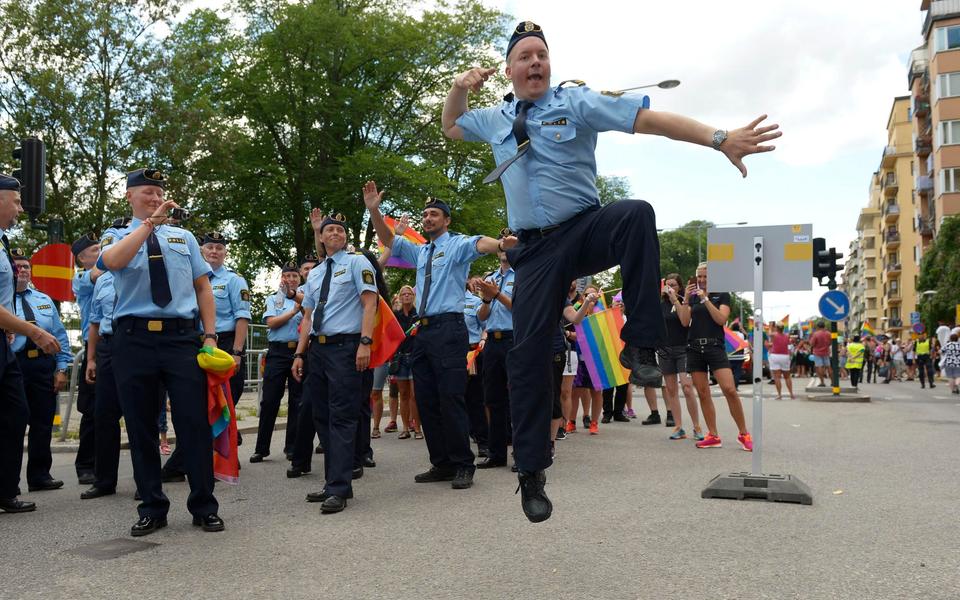 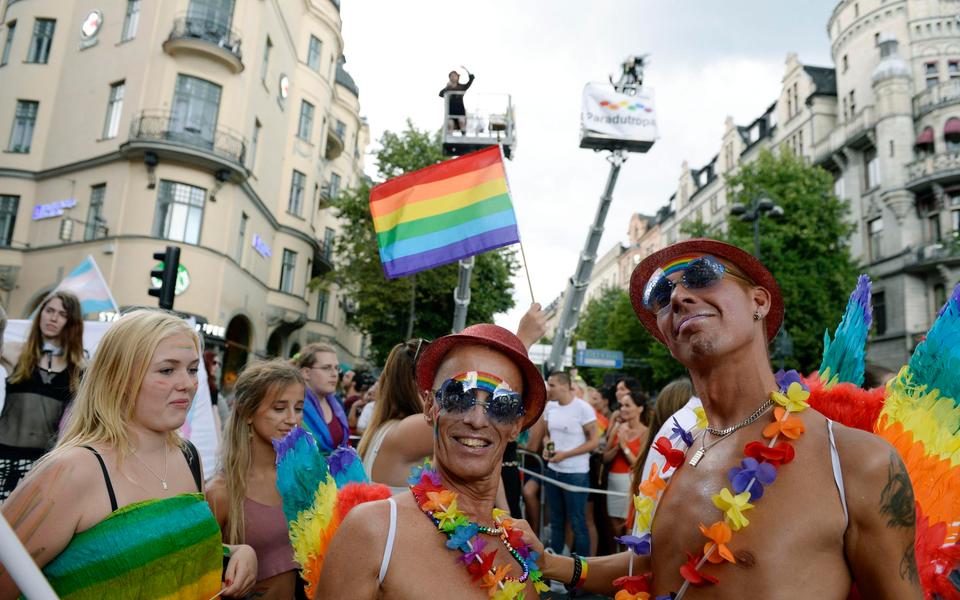 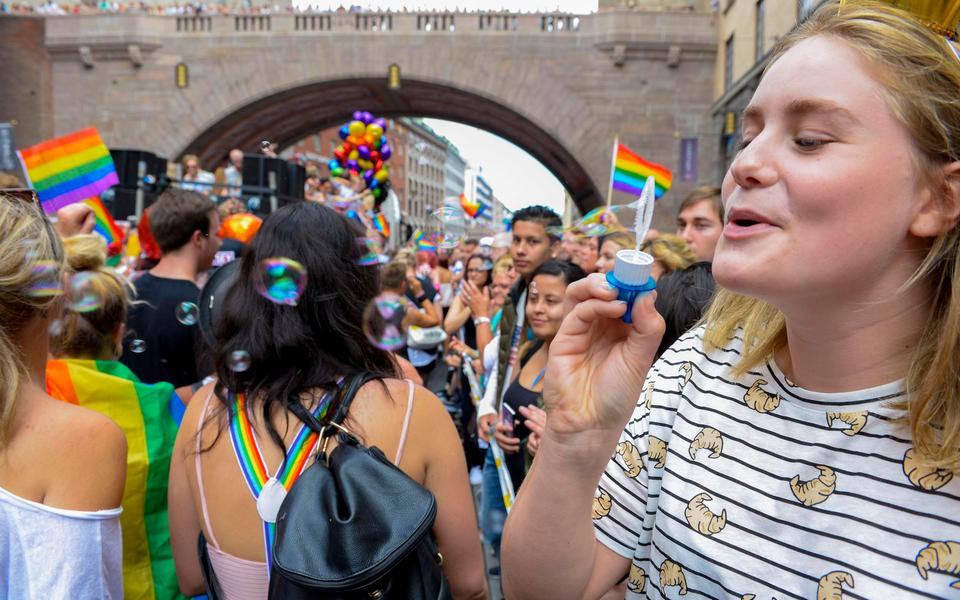 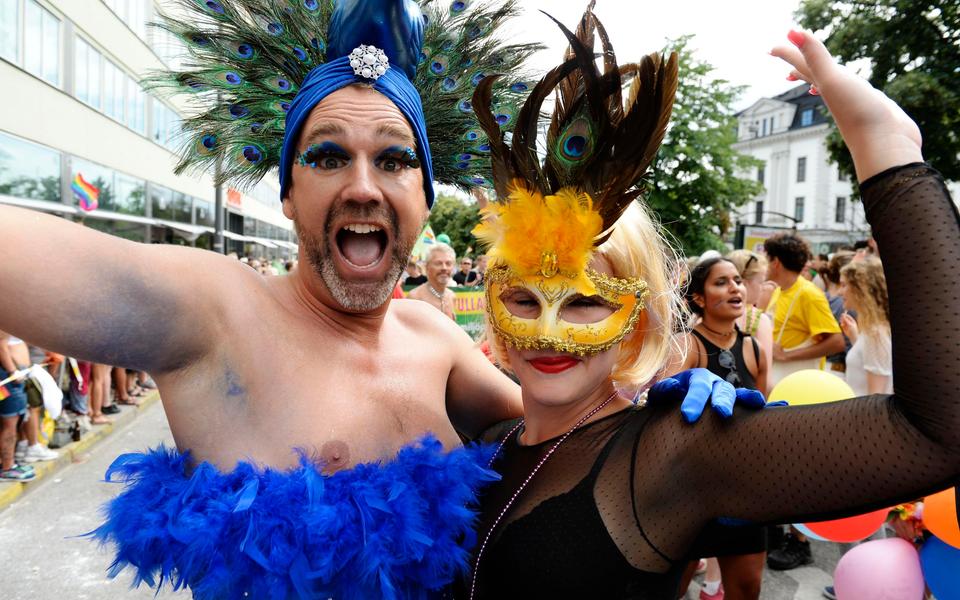 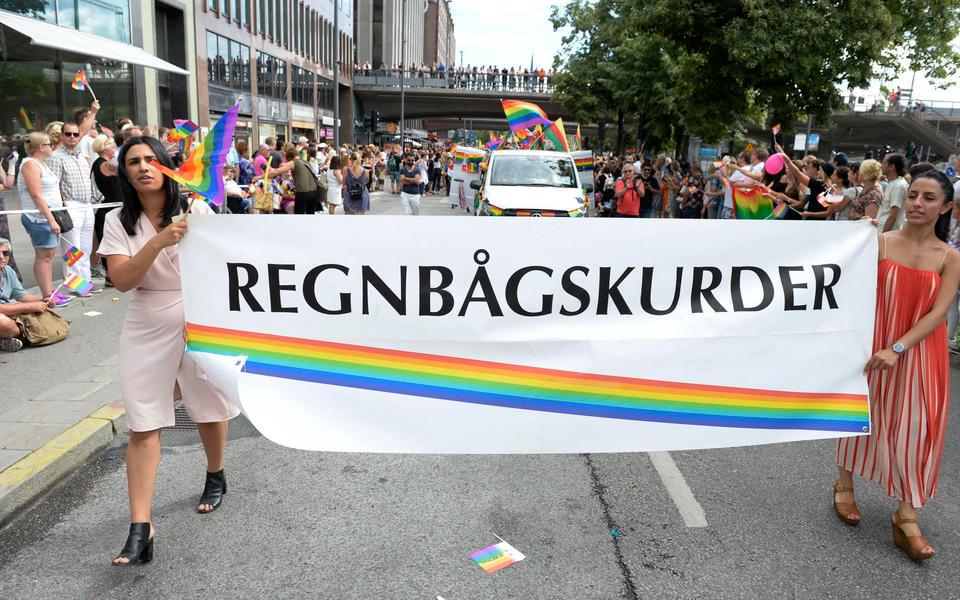 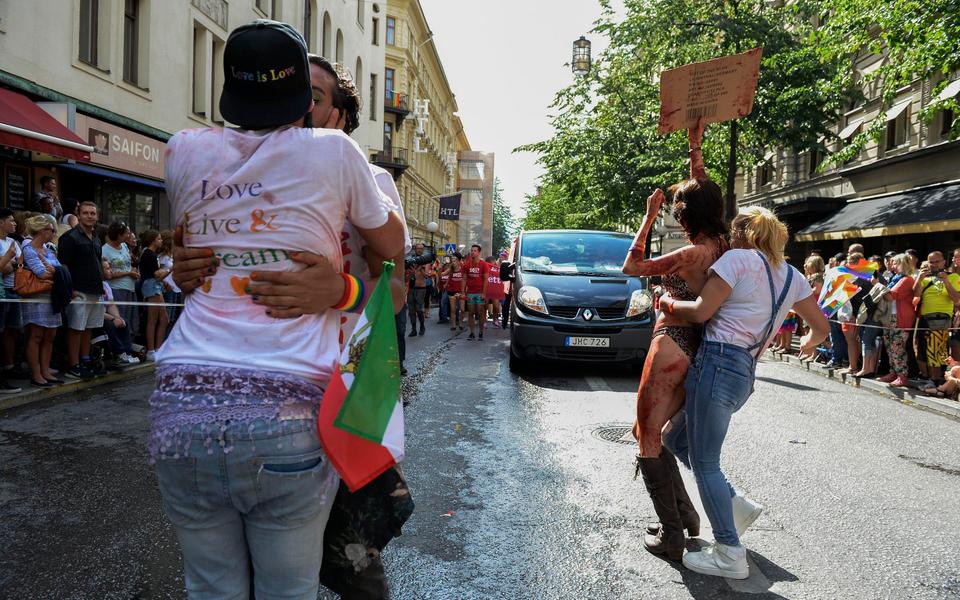 The far-right youth group "Nordisk Ungdom" (Nordic Youth) admits to Göteborgs-Posten that they were responsible for the operation that interrupted the love fest breifly. Their intent was to manifest their resistance to the Pride Parade.

– We were there to demonstrate against Pride. We need a critical voice that demonstrates in the name of the traditional family values. We think that they are threatened. Pride encourages things that harm the traditional family values. It's not about love any longer. I think you can have sex with whoever you want. But Pride encourages a culture that is extremely bad, says Nordisk Ungdom's spokesperson Fredrik Hagberg.

The spokesperson neither confirmed nor denied whether Nordisk Ungdom will leave the Pride Parade in peace the rest of the day and evening or not. But police say they have the situation under control.

– A group presented a message that the audience did not like. A minor fight broke out before we could reach the location. We have taken a few people into custody now that will either be taken to the police station or removed from the premises, the spokesperson of the Stockholm Police, Lars Byström, confirms.

What crimes are these people suspected of?

– They're suspected of crimes against the Public Order Act. That means that they tried to demonstrate without permission. But we have no reported cases of abuse and no reports of injuries currently, said Byström.

Swedish newspaper Expressen's reporter Tomas Kvarnkullen became a witness to the incident. It occurred close to the end of the Parade, in central Stockholm.

– It was lucky that nothing more serious happened. 10-15 people tried to go out in the middle of the street with a large banner to protest against the Parade. People got very upset. Within a few minutes several people ran out in the street in an attempt to cover the banner. That's when the fight broke out. People tried to push the invading group and their banner away, says Tomas Kvarnkullen.

He says that he was surprised of how few Police officers that were in the vicinity of the place where the altercation broke out.

– There were only three or four police officers close by who tried to fend off the group. Police beat the group with batons, says Kvarnkullen.

Kvarnkullen says that it was not clear when the commotion broke out that the group were part of a specific organization. But he noted that one of the people in the group had a shirt with an organizational brand.

– One of them was wearing a "Nordisk Ungdom" shirt. People are very shattered after what happened. Many screamed desperately for the group to go away. They don't seem to be around any longer and I think the party will go on, says Expressen Tomas Kvarnkullen.

After the Pride Parade the festivities continued in the Pride Park. The park is a closed off area to which one has to pay to get in.

"No positive effect in building the story "

A thief that pretended to sell newspapers tried to steal from Mikaela Kellner and her friends in a park in Stockholm. What the villain did not know was that he tried to fool a bunch of cops.
Läs mer